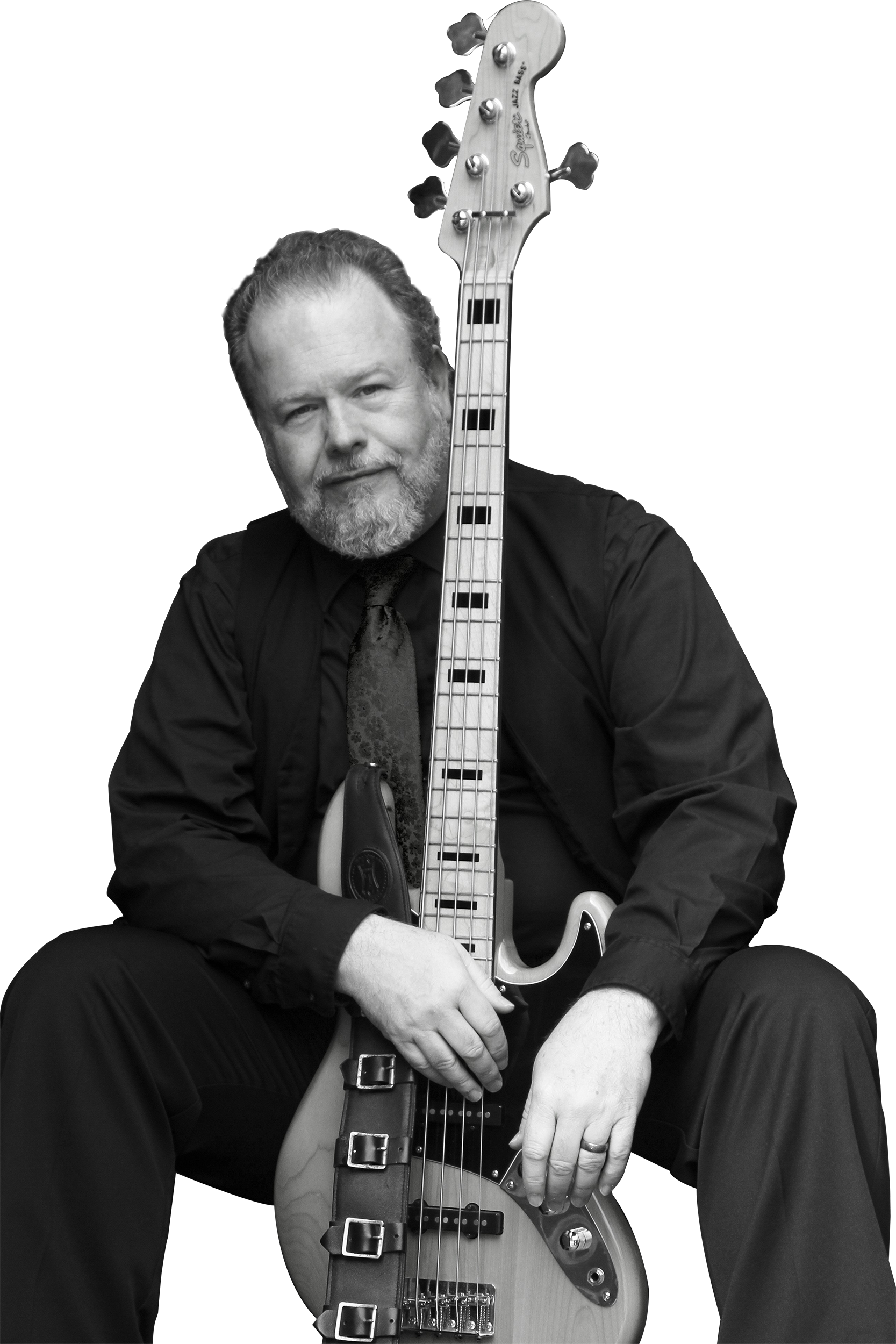 Jim “Jimmy” Hornaday was born on the eastside of Indianapolis and attended Tech High School along with fellow Rhythm King, Ron Brown. Their friendship began even earlier than that, back in IPS #101 Junior High.

Starting out as a saxophone player in his early years, Jimmy always had a love for music and was a featured player in several Jazz bands. Wanting to expand to the world of rock n’ roll, Jimmy took up the bass guitar as a teenager and the rest is history.

With a long and diverse list of bands with varying music styles under his belt, Jimmy became known for his creatively funky style of playing that adds that extra bit of sizzle to even the most mundane bass line. Music is his creative outlet and way to communicate with the world. His influences include Geddy Lee, Chris Squire, McCartney and so many more. Jimmy would be happy to give you a tour of his gear, which includes a Fender Jazz and Precision Bass, and also a Rickenbacker, Lakeland, and Ibanez bass. Jimmy uses Tech 21, Ampeg and Fender for amps and effects and uses D’Addario strings.

Jimmy and Ron teamed up long ago and have played in many bands together with great success. Now morphing into the unstoppable force that is The Rhythm Kings to play the Blues, they complement “Blackjack Davey” Moore in an impeccable manner that still allows each member to shine. Jimmy’s keen sense of humor, quick wit and impersonations often lead to many funny moments on stage—including “guest” appearance by Joe Pesci and Michael McDonald.

When asked about his bandmates, Jimmy said “We’re all like brothers. Sure we squabble, but that is part of being a family (plus, David and Ron worship me)!”